How to Grow Chia for Seed and Sprouts

Chia pets are a silly gift that we've all seen at Walgreens. They make a fun white elephant gift because who really wants small sprouts growing in an Elmer Fudd head on their desk? Then I found out that you can eat the sprouts! Ok, I still don't want an Elmer Fudd head, but the sprouts were tasty and have a lot of vitamins. 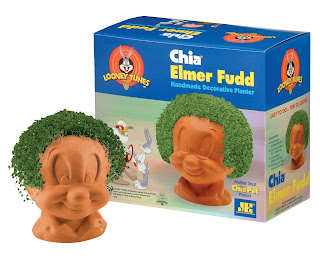 After enjoying a few sets of sprouts, I began to wonder about growing them for seed. I enjoy chia seeds in my smoothie as a thickener and added vitamins. There's also a recipe for refrigerator jam using chia seeds I want to try.

So like every American does to learn something, I turned to Google. Question: How to grow chia? Answer: Here's how to grow chia for sprouts, microgreens, and chia pets. Um, not quite.

I found one great blog about growing chia and decided to experiment in my own backyard. North Texas is a great place for gardening because we have such a long growing season, but the extreme heat and tons of bugs gives us our own challenges. So here's my journey growing chia from seed, for seed.

Chia seeds are incredibly small - smaller than carrot seeds actually. From what I learned, chia plants like full sun, don't mind crowding, and grow up to 6' tall. I picked a spot at the corner of my house on the west side that's a bit dry.

Here in DFW we have clay "soil". When it rains it turns to mud, and then is cracked and dry the next day. To help get the plants established in this terrible dirt, I dug up the top soil and pulled the crab grass. I mixed in an inch of raised bed garden soil and some compost.

Next I poured a cup of water onto the planting spot, let it soak in, and then sprinkled a few seeds onto the moist dirt. Because chia seeds form a gel like substance then they're wet, I didn't worry about them blowing away so I didn't kick any dirt over them.

Here's a photo of the sprouts about 2 weeks later.
It took them 5 days to sprout up.


Each week I watered them when I watered my garden (if it didn't rain). About 1" of water a week. A month later they had grown about 10" tall. I did notice that they heat wilted when it got up to 90 degrees and they hadn't been watered for a few days. They recovered after being watered and haven't wilted again with more regular watering. (I blame the clay)

Here's a photo of the chias growing tall after 1 month.


Now it's been two months and they've grown to about 14" tall and have developed these flower like tops. Not sure what's happening here because the only other blog about how to grow chia I could find showed them developing small, tubular flowers similar to lavender. Hmm..well, we'll see!

No flowers yet. What I thought might be a flower was apparently just a new growth spot. Hopefully we'll see some flowers soon from these interesting plants.

The only pests that have bothered them have been white flies which lay their eggs on EVERYTHING. White fly eggs look like a patch of white mildew. Just wipe them off with a wet cloth.

How to Calculate Soil Temperature 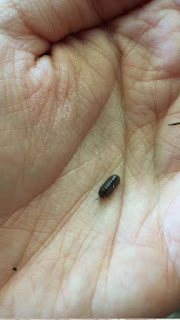